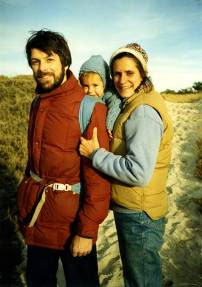 Parents will sometimes tell me that their child only talks during the hippotherapy session. A frustrated mother was stunned when I told her that her two year old spontaneoulsy pointed to the sky and said "airplane" and repeated many words including some of the vegetables (paper ones) that she fed to the toy bunny.

I suggested that she put her child in a bicycle seat and try to combine movement with language prompts. Movement can also be offered while in a child carrier or pulled in a baby/toddler sled. Encourage language by:

I am not a speech therapist (I'm an occupational therapist) but I see how much benefit movement brings to speech production. Why work on this once a week during hippotherapy when you can encourage speech with movement every day? In addition, after the hippotherapy session ends- encourage some functional movement so that your child can benefit from all that stimulation. Check out these ideas: 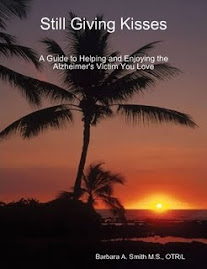 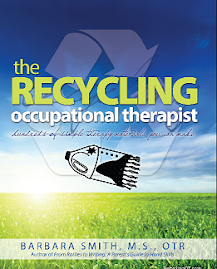 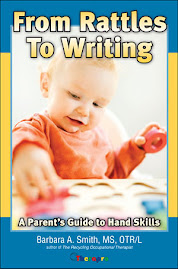